The university’s mandate for gender equality is set out in the equal opportunity framework: “when carrying out their responsibilities, universities support the effective implementation of equal opportunities for men and women and work towards eliminating existing disadvantages.” This commitment is set out in Lower Saxony’s state law governing its universities [NHG, § 3 (3)]. While women make up over half of Osnabrueck University’s student and alumni population, their numbers rapidly decrease at the next stages of the academic ladder, a phenomenon referred to as the “leaky pipeline”.

In a similar vein, the equal opportunities concept of the Faculty of Humanities and the Department of Psychology recognizes that in recent years, between 76 and 90 per cent of students and alumni of the undergraduate and graduate courses in psychology have been women, a much higher than average quota. It is considered a success that five of ten professorships are held by women.

In 2008, Osnabrueck University was first certified as a family friendly university following an audit carried out by the organization “berufundfamilie gGmbH”. The university aims to make the compatibility of work, education and family and the maintenance of a family friendly culture a long term priority. The Department of Psychology is also working to make it as easy as possible for students with family responsibilities to combine these with their studies, for example by not having a compulsory attendance requirement in lectures and instead video recording an increasing number of them so students can be more flexible in where and when they learn the material. More information about the different initiatives and services provided by the university can be found on the central website Family-friendly University. The gender equality office organizes emergency childcare for children of staff and students in order to ensure that children can be taken care of even in unpredictable situations.

Universities in Lower Saxony usually have a full-time equal opportunities officer responsible for supporting the university in meeting its equality related targets. They are also the head of the equal opportunities office which works on a number of different projects including advice for individuals experiencing conflicts or problems as well as a range of workshops and mentoring schemes (in cooperation with the center for PhDs and Postdocs) for students, staff, professors and junior researchers. The Department of Psychology offers its own mentoring program for students called EMOS.

With the Female Promotion Pool, Osnabrueck University has created an instrument for increasing gender equality. Its resources are used to fund projects related to gender studies as well as research in areas where women are underrepresented. Completion Scholarships are awarded for PhD and habilitation projects in the final stages. Staff and students at all stages of their research career can apply for funding from the pool. The funds are awarded twice a year by the Equal Opportunity Committee (ZKfG). The Equal Opportunity Committee is a committee of the university senate with the mandate to support the equal opportunities officer in her work. It is formed of two representatives from each status group within the university with a majority of women required.

Policies for the prevention of sexualized discrimination, harassment and violence have been adopted by all offices and departments belonging to the university. The equal opportunities office offers support to all members of the university who experience such incidents and wish to seek advice or make a complaint.

·       Offering advice and support in cases of workplace sexual harassment

Decentralized equal opportunities officers for the Department of Psychology: 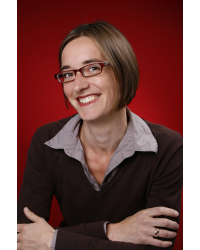